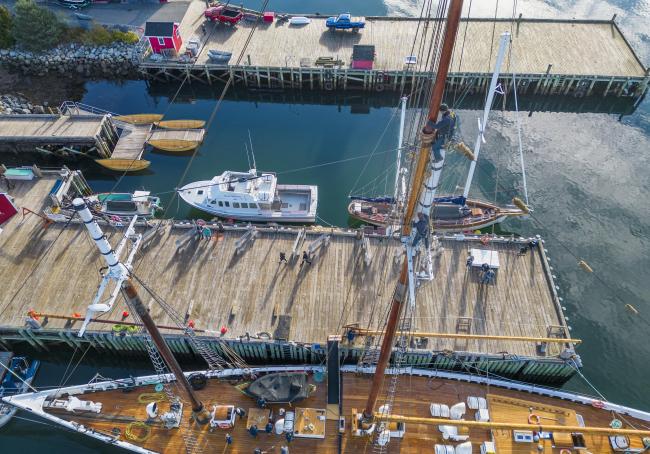 Back to Lunenburg for more public cruises 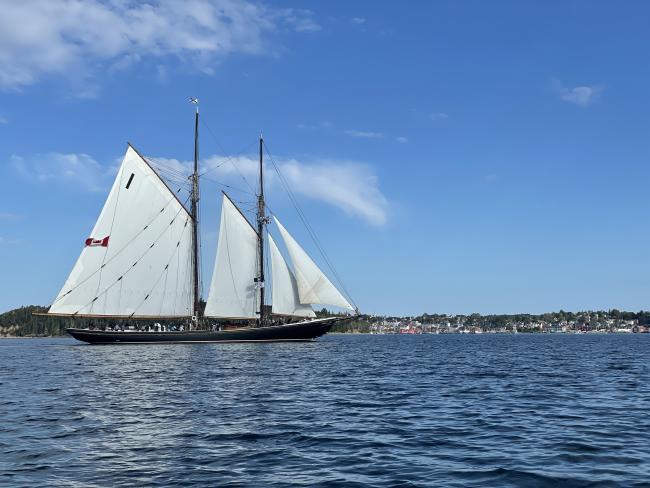 I’m sitting in the chart room listening to the chatter on deck as visitors question our deckhands. Who, what, when, where, why? How big, long, heavy, what type of wood? The crew are mostly old hands at answering questions now, they forget that a mere three or four months ago they likely couldn’t have identified a Banks schooner from a barque. Life aboard a ship is immersive and all consuming. We often speak a different language; we process time and distance differently and sometimes are lost in life ashore. On a ship, decisions are often made quickly, and consequences are lived with.

As I write, a beautiful double rainbow crowns the ship. Six or eight small boats crammed with people ‘ooh’ and ‘ahh’ as they take photos of a freshly washed ship anchored just outside their little community. A social media post promises Bluenose pub night ashore with live music and cold beverages. As we made our way up Chedabucto Bay, we were followed by 10 or 15 boats who would occasionally break out into cheers as they saw their prodigal daughter/cousin/friend make an appearance on deck. 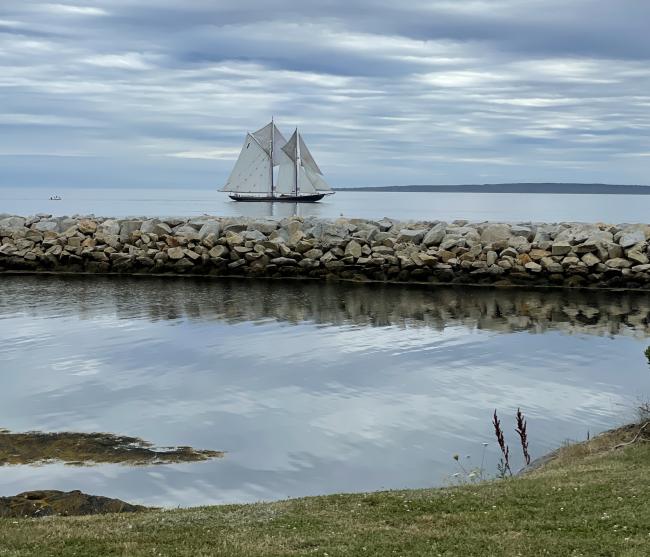 I’m sitting in a quiet place reflecting on the past two weeks, all the waterfront news, and all the crew have accomplished. Along the waterfront, a small voyaging schooner has returned to her home waters. Under the command of Tom Gallant and chief mate “Jimmy the Cat,” schooner Avenger has returned from an extended stay in the Caribbean. Held up while looking for crew in Bermuda, the captain found a willing soul to make the deep-water passage. Avenger has made the passage 34 times by all accounts and is possibly like the old milk horse plodding along the familiar route.

The rise and fall of life 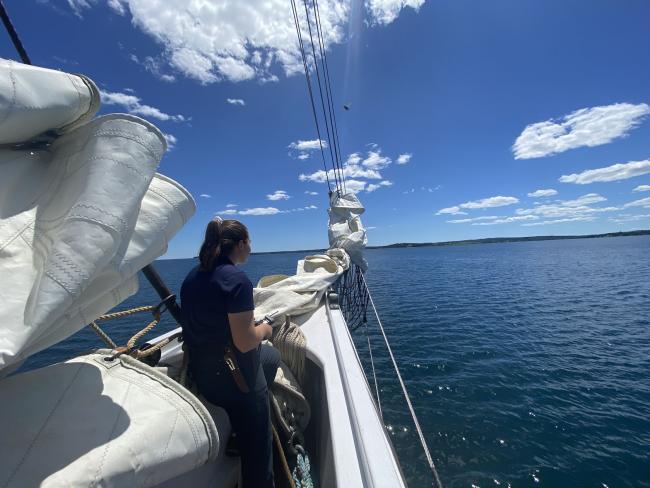 “The sea, once it casts its spell, holds one in its net of wonder forever."
Jacques Cousteau