Voyage to the summer berth 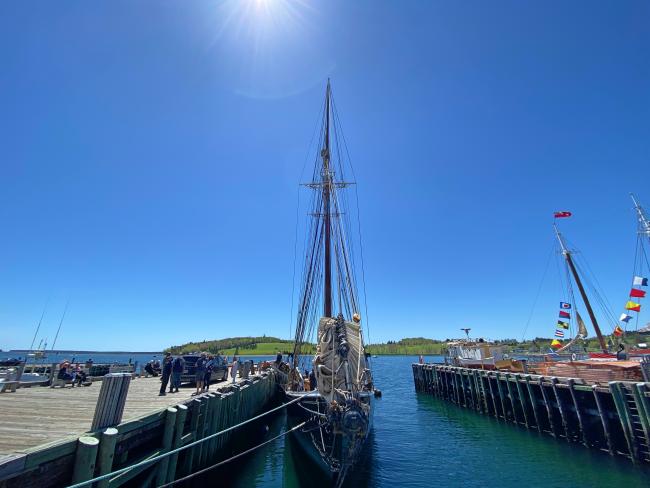 I cannot begin to tell you how good it feels to turn the key to start the engines and feel the low thrum of the John Deere main engines idling away and to be waiting to give the order to let go the mooring lines. The crew have put in six weeks of long days painting and varnishing and it’s time to get off the wharf, even for few minutes. 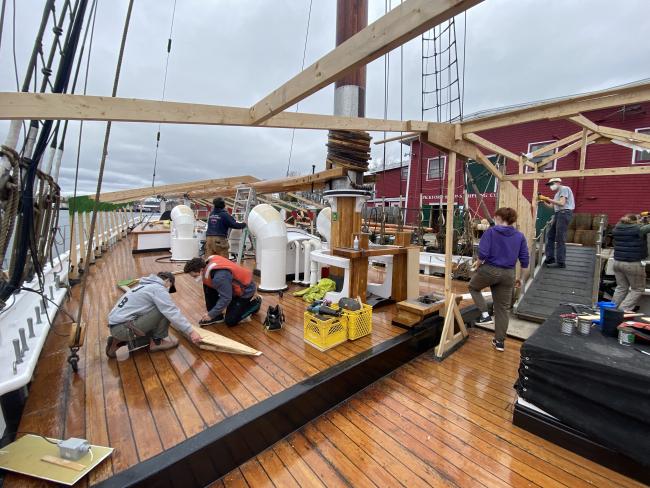 I wish I could share a photo of the wharf with you all today. We are in the center of big budget TV land here in Lunenburg. I have mentioned in past writings that the wharf would be transformed, but I had no idea the extent they would change the waterfront. There are barrels and bales and crates in heaps all along the waterfront behind the museum. Old style wooden lobster traps are piled along the building and there is a small cargo derrick with wooden crates suspended in a net near the ship.

'A step back in time' 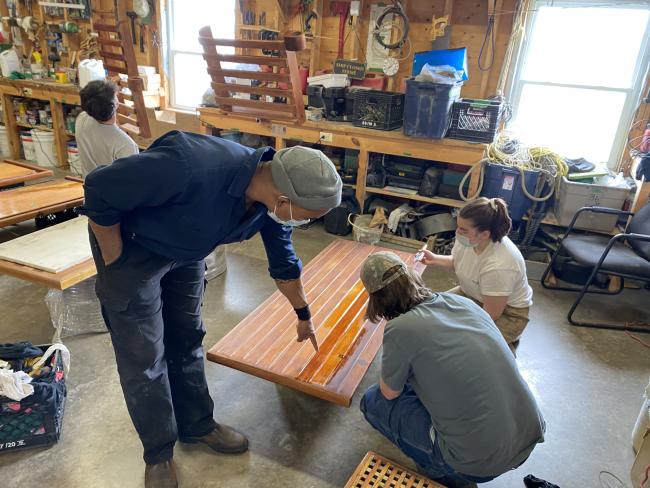 It’s beginning to feel like somebody turned the calendar back here on the waterfront. Maybe as far as the 1840’s! There are barrels, crates and bales of cargo piled on the wharf and the modern 1930’s look of Lunenburg waterfront is fading away. Even the museum ship Cape Sable has been towed down the waterfront to the Ocean Gear Wharf to keep the area looking period appropriate. All this kerfuffle because a TV series production crew has descended on Nova Scotia. The book being adapted is Washington Black by Canadian author Esi Edugyan. Ms. 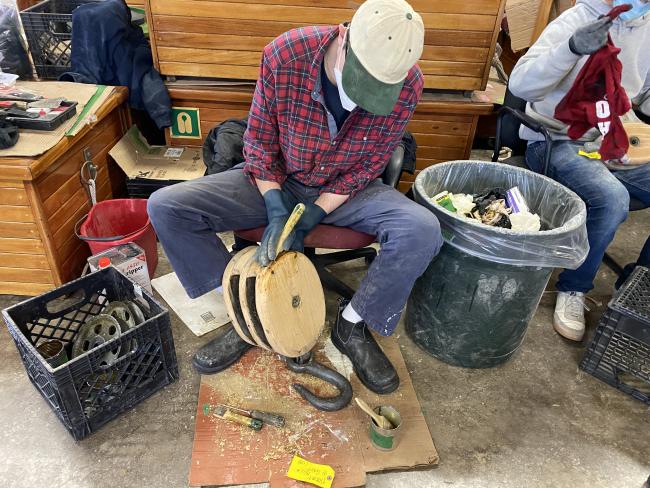 Well today at least shows the promise of spring and moving ahead. The last several weeks have been somewhat challenging to say the least. The storm on Monday night was a real rip snorter and we saw gusts of 50 knots here in Lunenburg. That’s almost the equivalent of the wind you feel on a 100-series highway if your window is down — nothing to be sneezed at. The heavy cold rain was no treat either. 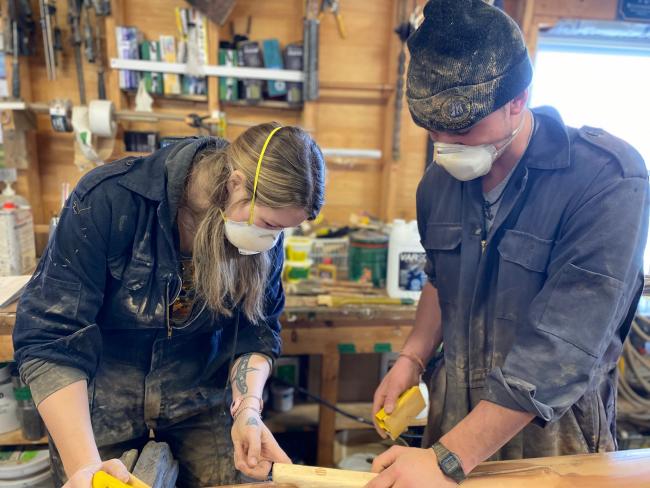 April 1 has come and gone and another season aboard Bluenose II has begun. I always enjoy first day as the new crew are about to embark on the adventure that will hopefully change their lives. Returning deckhands are always chatty, talking about their winter adventures and their excitement to be back aboard and seeing old shipmates is like a bubbling brook in the spring thaw.